Immunization and Children: A Look at Australia’s Ban on the Flu Vaccine in Small Children 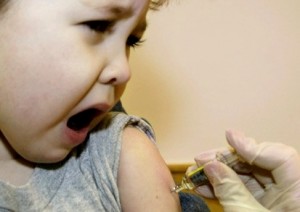 In my work as a children’s author, researcher, and kids’ health advocate, I stay abreast of the latest health news in an effort to safeguard the health of children.  In my research, I have come across alarming reports from Australia, regarding the health risk of the flu vaccine in children, the same vaccine we use in the U.S. Several startling symptoms have been reported in dozens of children, and the vaccine is now banned by Australian authorities for children under five. In the U.S., however, the vaccine is still being implemented.

According to WA Today, it was announced by the Commonwealth chief health officer, Professor Jim Bishop, that flu vaccinations in kids under five were banned in Australia after 23 children in Western Australia were admitted to hospitals due to convulsions after their injections. One of these children, a one-year-old, went into a coma. It turns out that more than 60 children reacted adversely to the vaccine, showing symptoms such as vomiting and febrile convulsions.

Child Health Associate Professor Peter Richmond of the University of Western Australia School of Pediatrics said that only Fluvax, produced by the largest biopharmaceutical company in Australia called CSL, was being used to vaccinate children in WA. Concerns have been raised regarding why it took two weeks of reports of adverse reactions to the vaccine in children before the ban was implemented. Professor Richmond stressed that the vast majority of children receiving Fluvax hadn’t reported such complications.

Despite the fact that the Commonwealth chief medical officer issued a warning to the country regarding the vaccine, the U.S. and U.K., which are using the same vaccine, haven’t suspended vaccinations. According to Natural News, the CDC (Centers for Disease Control and Prevention) “has insisted that all children in the USA — regardless of age — should now be injected with this very same flu vaccine,” according to Natural News.

What is responsible in the vaccine for these convulsions? There is a chemical called an “adjuvant,” a standard vaccine ingredient added in order to stimulate the immune system to respond to the weakened virus in the vaccine. According to Natural News, adjuvants are made up of a very inflammatory chemical that can cause brain tissue and nervous system damage, and researchers suspect that it can increase risk of Alzheimer’s disease and other neurological disorders. According to Mike Adams, the editor of Natural News, “It is this adjuvant that most likely caused the convulsions in children.”

There’s no doubt that most parents have heard about the possible health risks associated with vaccinations. With an alarmingly high and growing number of autistic children in the U.S., the link between vaccines and the neurodevelopmental disorder is being examined by the medical community with more fervor than ever. The vaccine health emergency in West Australia is an important reminder to the U.S. that medical authorities may not be fully informed about the effects of vaccines and that the wide-scale immunization policy we apply in our country may perhaps not be the optimum for safeguarding the health of our children.

Along this line, it’s interesting that, while noting that even though it hadn’t been determined yet whether the flu vaccine itself was responsible for the convulsions in children, Dr. Richmond nevertheless recommended that people over the age of five in the meantime should still get vaccinated with it.

Natural News raises the question of whether immunization is necessary at all. The news website posted a series of graphs of incidence of children’s diseases, including whooping cough, diphtheria, measles, typhoid fever, and polio, which indicated that the rate of disease incidence was already following a declining trend before the vaccines were introduced.

In the end, it’s up to parents to make informed decisions regarding immunizing their children. Studies show that vitamin D and probiotics are effective in preventing the flu in children; these supplements aren’t embroiled in controversy nor are there any risks associated with them. By taking the time to inform ourselves as parents, speaking with qualified health care professionals, and examining the facts, we may be able to avoid putting our children in harm’s way before it’s too late. This is true in immunizations as well as many other aspects of your children’s health.

13 Responses to Immunization and Children: A Look at Australia’s Ban on the Flu Vaccine in Small Children