Danny the Dragon Recognized in the Purple Dragonfly Book Awards 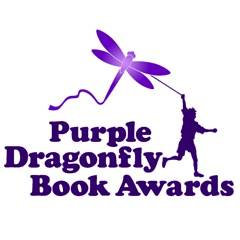 The multi-award-winning children’s author Tina Turbin has been recognized again for the first book of her children’s book series, Danny the Dragon Meets Jimmy. The illustrated children’s book, which is already the recipient of a number of awards, has been awarded in the Purple Dragon Book Awards.

The adventures of Danny the Dragon begin with Danny the Dragon Meets Jimmy, the story of how Jimmy comes across Danny and his little travelling buddy, Skipper, on a family outing. The book has been acclaimed for its portrayal of family values and togetherness.  The Mom’s Choice Awards®, according to its website, “recognizes authors, inventors, companies, parents and others for their efforts in creating quality family-friendly media, products and services.” Not surprisingly, this program has selected Danny the Dragon Meets Jimmy as an awards recipient.

“Winning any place in the Purple Dragonfly Contest is a huge honor because in order to maintain the integrity of the Dragonfly Book Awards, a minimum score of 55 out of 80 must be earned for a place to be awarded to the entrant – even if it is the sole entry in a category,” explains Linda Radke, president of Five Star Publications, who sponsors the Dragonfly Book Awards. “Competition is steep, too, because there is no publication date limit as long as the book is still in print.”

“It’s such an honor to have been recognized by the Purple Dragonfly Book Awards,” Turbin said about the honor. “It’s so gratifying to see that Danny the Dragon has resonated so deeply among both children and adult readers.”

The announcement comes after Turbin launched an innovative application for deaf children with iStoryTime, the iPhone App Developer for DreamWorks Animation’s How to Train Your Dragon. The app features sign language interpretation for the first book in Turbin’s series, Danny the Dragon Meets Jimmy. The author, a renown humanitarian, is donating profits on behalf of literacy and other worthy causes.

Aside from her work as a children’s author, Turbin runs a non-profit gluten-free resource website, GlutenFreeHelp.info, which was selected as a finalist out of 6.7 million registered .info websites around the globe in the Best .Info Website Awards Program of 2010. Turbin suffered for years without an answer to her painful physical symptoms before finally, as the result of her own research, she was diagnosed with celiac disease, an autoimmune reaction caused by gluten, a protein found in wheat, barley, and rye. Turbin created her website in an effort to raise awareness for the autoimmune disease and to help the gluten-free community deal with the challenges of gluten-free living. The Gluten Free Help Blog shares news, tips, recipes, and Turbin’s reviews of gluten-free books and products. The author’s other advocacy efforts include supporting children’s literacy and health, family issues, and the food allergy community.

As far as what’s next for the author, she says she’s excited to get back to work in her studio on her Danny the Dragon series. With her busy West Coast book tour wrapped up, however pleased she is with all her recognition for Danny the Dragon Meets Jimmy and her gluten-free advocacy, Turbin says she wants nothing more than to do what she does best—write.